Sam Turner and Sons Ltd was established in 1931 by Sam Turner and his son Eric at a small warehouse in Eston, Middlesbrough, specialising in agricultural and horticultural products. They took their wares to the markets of Richmond, Leyburn, Thirsk, Northallerton, Darlington, Bedale and Helmsley. With rationing and blackouts during the war years, travelling between Eston and the markets became problematic, so the business moved permanently to Boroughbridge Road in Northallerton. Six years later in 1946, Sam Turners moved again, this time to Quaker Lane in Northallerton as bigger premises were needed. 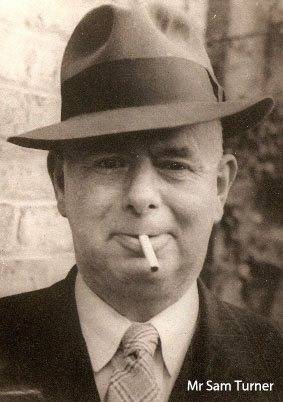 The move to Quaker Lane was accomplished with a lot of help from the local people – farmers from the neighbouring areas turned up in force with tractors, trailers and lorries to help move stock, proving beyond doubt how successful Sam and his sons had been in building up a relationship with the local agricultural community. They stayed at this site for 80 years until In 1983 Sam Turner’s had once again outgrown its site and moved to its current location at Darlington Road Northallerton.

The business became a limited company in 1947 when Sam Turner’s sons – Eric, Charlie and Bill were made directors. Eric’s two sons, John and Michael, continued the family tradition by joining the company on leaving school, and they were made directors in 1973. Their sons, Sam, Charlie and Ben Turner have now joined them in the business, taking the directorship of the company into the next generation. Together they are moving the company forward while retaining the traditional values and quality service that Sam Turner’s is renowned for.

Sam Turner and Sons Ltd. has continued to expand and has become a valued and much-loved store for both farmers and the general public. The business has managed to survive and grow for more than 85 years, despite times of war and a sometimes uncertain economic future for agriculture. This is a family business that continues its strong link with the local farming community. By continually increasing our product range both in-store and at sam-turner.co.uk, as well as adding new sites at Piercebridge, Leyburn and Stokesley, we hope to extend our famous commitment to quality, value and excellent service out to you.